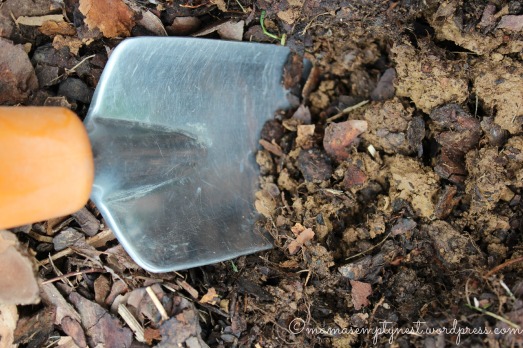 I’m no stranger to dirt.

I’ve played in it. Sat in it. Walked in it barefoot. Worn it. And breathed it in.

My neighborhood pals and I sprawled in the dirt regularly making roadways using play trucks, cars, and diggers and played mud pie restaurant. I loved dragging my bare feet in the soft, worn to fine dust that rested beneath my tree hung swing. After a day delving in soil,  my mother made me plunge into the old porcelain tub and I watched the bath water turn brown from a day long wardrobe of dirt and leave a ring around the tub.

I’ve perched on more metal and wooden bleachers than I can remember and breathed in dust kicked up by a bunch of boys playing baseball on a dirt field. And I’ve even unwillingly inhaled the Oklahoma dirt that swirls through the air in a dust storm.

As a child and adult, I’ve dug deep into soil countless times to plant flowers and vegetables in gardens. I’ve plucked, yanked, and dug long-rooted weeds out of the dirt. I’ve clawed the dirt. Troweled the dirt. Spaded the dirt. Shoveled the dirt.

So why is it that on a blue sky-filled day, warmed by the sun’s kisses, I scream like a banshee while gardening in the dirt? Last week blessings in the form of summer-like days prompted some work outdoors here at the nest. While Papa power-washed the grit and grime of winter off the siding of our house, I shined up a few dirty windows. After accomplishing those tasks, Papa set out to tame the unruly bank of wild weeds with the whirly, whiny whacker and I settled down for a nice afternoon of weeding the flower beds and around the shrubbery. Lots of spring rain produced weeds in those areas in abundance.

Those weeds had met their nemesis and her name was Mama. And then it happened Dig. Dig. Jump and screech. My spade had uncovered a fishing worm. A fishing worm. You ask why does a country raised girl scream over unearthing an earthworm? I don’t know.

Because like I said, I know dirt. I know what’s in the dirt. And I’ve encountered earthworms there as long as I can remember.

As always when I’m gardening, all kinds of creepy crawlies in all shapes and sizes come into my view. Some of them are kind of cute like the rolly pollies and some of them are truly creepy like the spiders. But those earthworms – benign to me and beneficial to the soil – those crawly, segmented creatures freak me out when they suddenly appear.

I’m not certain if it’s just the surprise of an emerging worm snaking its way around in the clump of dirt in my hand or just the creature itself, but I always shriek and throw him down immediately. Then I shiver a little, push him aside with my spade, and move on my merry way because once I’m over the shock, I’m okay with seeing that little critter.

But I wonder what causes me to emit that eeewww feeling over the poor lowly earthworm? I think I can trace it back to childhood. My best friend lived next door and she had a younger sister who, shall we say, was a tad ornery? Younger gal tended to stir up trouble and cause issues when we played together. Like the one time when she drew an imaginary line in the grass with her Keds shod foot and declared that if I stepped one inch over that line I would be on her parents’ property and she would call the state police to come get me for trespassing. Yeah, and she was about six years old at the time. So, you get my drift.

This meddlesome little girl (who, by the way, turned into a nice enough adult) was also a bit fearless. And I think she enjoyed any way she could devise to torture her sister and me.  I distinctly remember her sidling up beside us all nice and sweet-like and then…surprise! She would fling earthworms or parts of them at our faces! Of course, the shock of it all would cause us to shriek at the top of our lungs and run like crazy away from her.

So this flinch and yelp reaction I have to suddenly appearing fishing worms must be a throwback to those childhood days. Whatever the reason, while digging and plucking weeds under our peonies in preparation to put down new mulch, I shuddered and squawked when a worm appeared in my hand.

And that set me to thinking as sometimes ordinary everyday occurrences often do in my empty nest world. We never know what’s just under the surface, do we? We plod along in life, thinking we’re plucking out all of the bad stuff. You know, the obvious things we attempt to rid ourselves of like gossip, dishonesty, selfishness, bitterness…the list goes on. We pluck those nasty weeds right out of our garden of life and say good riddance to them. Of course, they often grow back, but we just yank them out again and hope this time, this time we really uprooted them.

But often, that ugly weed – you can call it sin because it surely is – remains just under the surface. It works its way around deep down in our hearts when we’re not even aware of it. Just like an earthworm, it weaves its way in and out of the soil underneath, out of view, forgotten until suddenly…surprise!

It’s brought to light, emerging from its depths, like that earthworm in my spade full of dirt. And we’re shocked by its appearance because we just didn’t realize it was under the surface the entire time. We may throw it down and try to run away from it. But it just works its way back down into the dirt unless we get serious about sifting through our own dirt.

I can survive a little scare when an earthworm shows up in my garden and even in my hand. But I don’t want to find ugliness weaving its way around the beautiful things in my garden of life. That’s why I call upon the Master Gardener and His Word to help me sift through my dirt.

Because believe me, I’m no stranger to dirt.

“So then, just as you received Christ Jesus as Lord, continue to live your lives in him, rooted and built up in him, strengthened in the faith as you were taught, and overflowing with thankfulness.” ~ Colossians 2:6-7